The world of Titan Effect is like ours but darker and more mysterious. Psychics and bio-augmented humans work as spies and soldiers on behalf of criminal organizations, private military companies, and secret societies in a covert war that has been raging for decades. Some are fighting for control and power, while others seek to shape the future of human evolution.

In the middle of this conflict stands the international and clandestine organization known as the Special Executive Assault and Recon or SPEAR. Its mission is to track and neutralize biological and psychic threats and prevent the world from falling into chaos. To succeed in its mission, the SPEAR hires people with unique sets of skills and possessing extraordinary abilities. Its agents come from different nationalities and backgrounds.

Players take on the role of operatives working for the SPEAR. Some are there to make a difference, others to taste adventure, while some do not have another place to go. 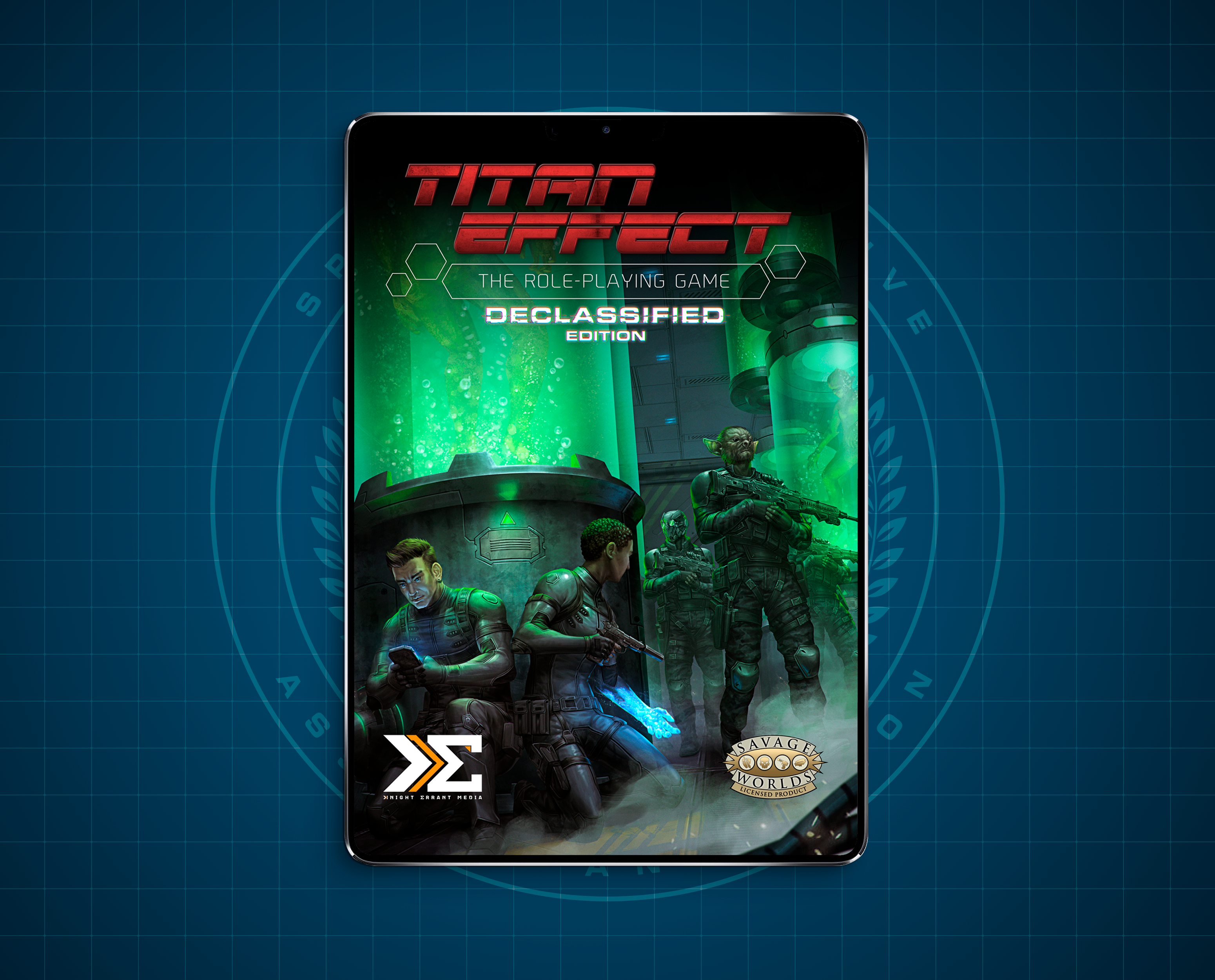 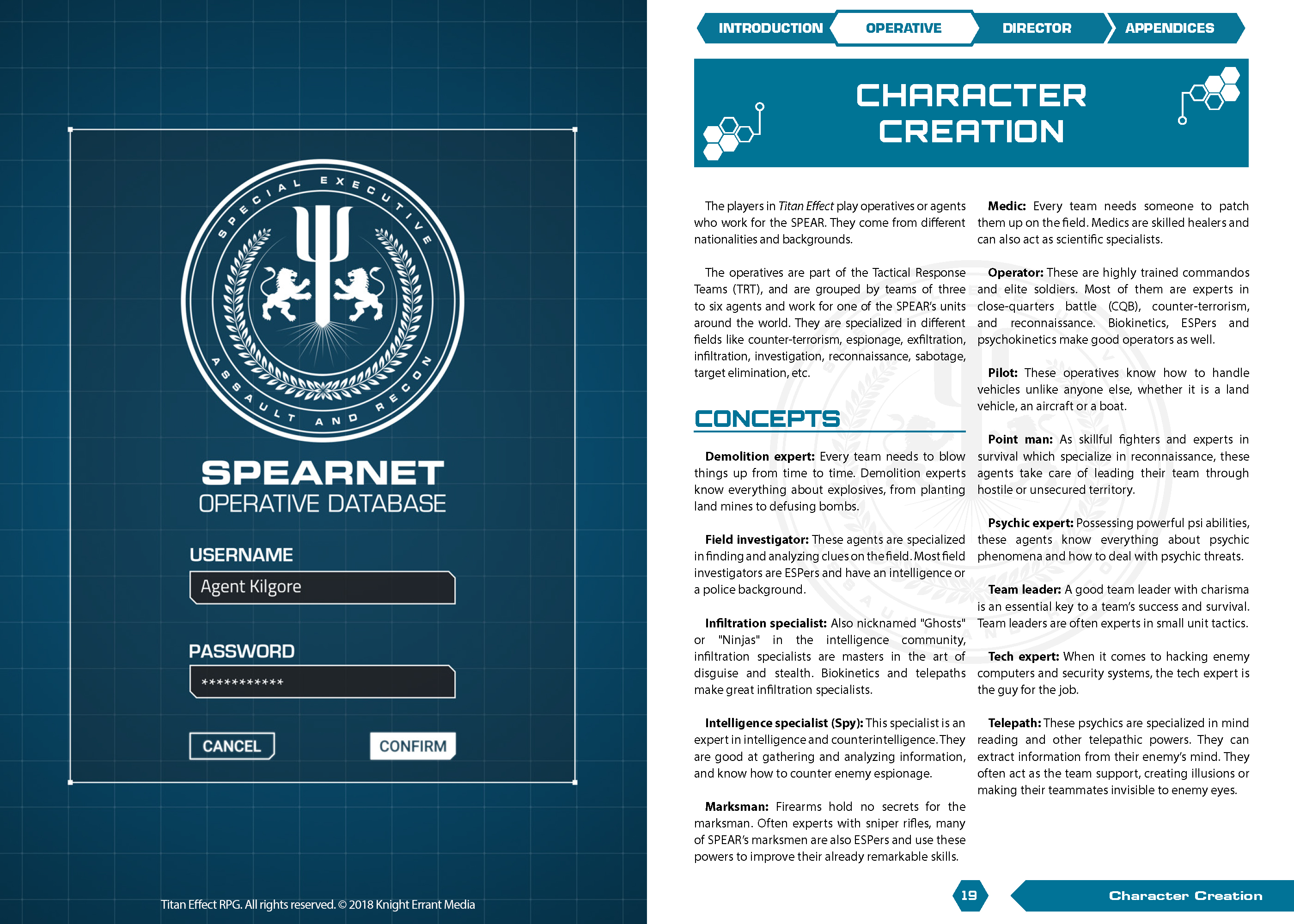