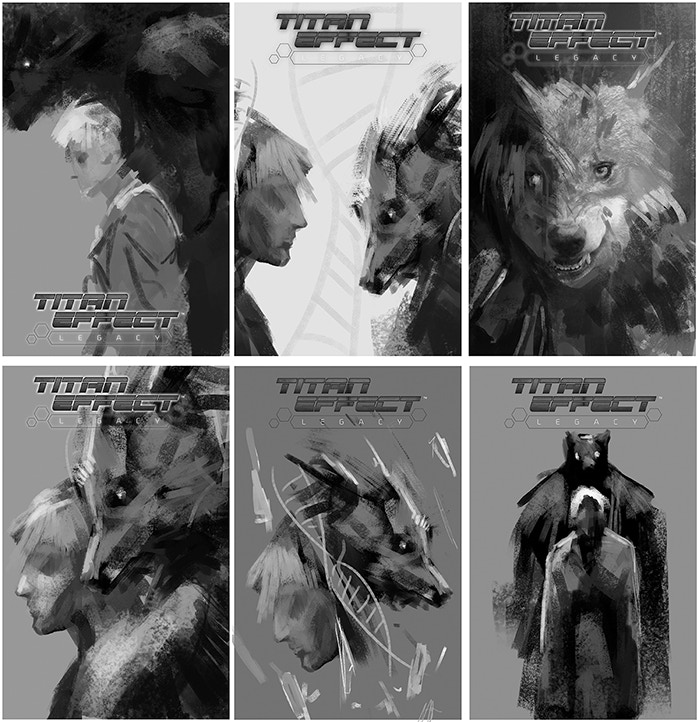 Bruce Lee once said, “To hell with circumstances; I create opportunities.“

Well, that’s what happened with Titan Effect. Before it was an RPG, I’ve been developing Titan Effect as an animated series project, and even worked with a couple of producers. After years of hard work, countless rewritings and false hopes, I realized the project wasn’t moving.

I could have stopped there and moved on with something else, but there was this little voice telling me to not quit. So, I tried to develop Titan Effect as a comic book and I even had the chance to work with an amazing artist, Vargasni. Unfortunately, things didn’t work either. After so many failures, you think I would have abandoned there to do something else? After all, there was a lot of circumstances against me. The answer is of course, NO!

I was standing there, with all the material I wrote over the years and some amazing arts. I finally decided to create an opportunity and use all that to create a tabletop role-playing game. I brought on board two of my closest friends, Ghislain and Daniel, and we started to work with all the elements we had to build something special. You know what happened next… Thanks to our backers we managed to fund our project and finally give birth to Titan Effect RPG.

As I work on the rest of the rewards for Titan Effect, I’m starting to think about the project’s future and what will come next. With my partners, we plan to keep working on the RPG and to bring to our fans a lot of cool books, but you can expect to see some new things in the future…